Contributions of the Humane Science Foundation to

EUSAAT, the European Society for Alteratives to Animal Testing, organizes a conference on alternatives to animal testing yearly. Its audience consists of researchers coming from industry, knowledge institutes and university. In 2016, we cooperated to invite lecturers from all over the world, in order to inform researchers in human safety about replacement of animal testing and  the latest developments in innovative and animal-free technology. The abstract book of the conference can be downloaded here.

Precision medicine proposes to improve healthcare through the application of genetic information but critical gaps remain in the translation between theory and practice. Mathematics is considered the language of physics; physics, the language of chemistry; and chemistry, the language of biology. We must also understand the language’s punctuation and grammar, i.e. the processes and systems in biology that amplify and modulate the molecular aspects of its component languages. We apply qualitative reasoning to enable progress to be made in light of imperfect information and knowledge.

Computational Modeling: Biological pathways represent topological networks of interacting macromolecular entities. The biochemist sees enzymes and receptors; the chemist sees substrates, products and discrete kinetic parameters; the molecular biologist sees expression levels and polymorphisms. The biological function of the pathway requires integration of all these characteristics, thus providing separable features that critically distinguish between its activity in human and in an animal model. We have applied both Petri net and stochastic activity network analysis to enable qualitative modeling of pathway behavior involving variation of all these characteristics, and using pathway, in vivo, as opposed to in vitro, discrete experimental data. This modeling approach allows for the comparison between topological and functional equivalence that is critical to evaluate alternative approaches to animal models. Examples of studies in blood coagulation and in menopause models will be shown.

Knowledge Modeling: Our development of a comprehensive and objective model of the disease process also serves as a data model for virtual data integration centered about the progression of a human from pre-disease through diagnosis, treatment and outcome. This disease-agnostic knowledge structure is used to evaluate the existing definitions in a specific disease and/or patient population and has been implemented into an ontology and computational platform. This model has been applied in oncology, heart failure, respiratory disease, MS, brain aneurysms, etc and has revealed a general problem. Almost all diseases can be categorized as complex disorders or syndromes and this significantly impacts and limits the accuracy of diagnosis, treatment decisions and outcome. Notably, this lack of adequate stratification and delineation of discrete disease processes has a major impact on establishing the suitability of an animal model for testing and evaluating drug efficacy and safety. This knowledge/informatic-based modeling provides critical insight into reducing the inappropriate utilization of animal models and points to critical limitations in current clinical data modeling. Examples in several disease areas will be presented. References see the abstract bundle page 207

There are many good reasons to question the value of animal testing that range from ethical considerations to their potential for predicting human response and these questions support the need to develop alternative approaches for drug development. The predictability issue focuses on whether the transition from animal studies to clinical trials in humans is successful but in reality this is only part of a problem that raises much larger concerns about the use of animal models. The gap between the animal models and real world medicine and real world patients is even greater and significantly argues against their potential to be the bridge that crosses it but these issues are rarely discussed. The focus on improving success in clinical trials, based on safety and efficacy testing in animals, fails to address the true complexity that exists in actual disease management: 1) Clinical trials test the efficacy and safety of a drug in a selected, homogeneous patient population that meets criteria to optimize drug performance and rarely, if ever, approximates patients that physicians treat in the real world. It has been noted in many studies that all patients exhibit 5 or more co-morbidities and may be taking as many as 10 medications concurrently, all which impact the effectiveness and safety of the newly approved treatment. Animal models do not accurately represent such patients, in part because pharma does not yet deal with this reality. In addition, each patient is impacted by clinical history as well as environment and lifestyle exposures 2) The design and implementation of studies in animals and

clinical trials in humans requires adherence to strict protocols to enable statistical analysis of data with respect to variation of a minimum of variables. Physicians in the real world are not required to and typically do not follow protocols or even guidelines. Guidelines, whether consensus-based or evidence-based, for use in diagnosis or for treatment, change frequently in almost every disease area. As a result, the application of strict protocols testing in animal models and subsequently in clinical trials does not reflect actual clinical practice. 3) The Institute of Medicine (US) has established that at least 10% of all diagnoses in medicine are wrong. This number is actually grossly underestimated when one considers that almost all diseases are syndromes or complex disorders and that disease stratification is critical to identify the right drug for the right patient. Animal studies cannot overcome this deficiency in our understanding of the natural history of disease and pharma has not yet begun to deal with true understanding of the basis and complexity of the disease process.

Human tissue biology is strongly influenced by the unique interplay and extensive cross talk that exists between different resident cell populations. These cell types are often spatially arranged in a specific architecture which defines their biological function and mechanistic response to drug treatment over

time. Three-dimensional bioprinted tissues that model this cellular complexity and form offer major advantages over conventional in vitro systems with respect to predictive modeling. Our tissues incorporate key architectural features and primary cell types and can be maintained in culture on a timescale of several days to weeks. We will describe various tissue models under development, including liver and kidney. More specifically, we will discuss case studies using exVive3D™ Bioprinted Human Liver Tissues to assess drug toxicity and metabolism, and their use in the generation of complex disease phenotypes such as fibrosis. Collectively, these results suggest bioprinted tissues respond

selectively to known toxicants following biologically relevant dosing regimens, and that the combination of biochemical, metabolic, and histologic endpoints provide a comprehensive means of examining the progression of tissue injury on a mechanistic basis.

The assessment of neurotoxicity remains a major scientific challenge due to the complexity of the central nervous system. Current strategies to evaluate toxicity of drugs and chemicals are predominantly based on ex vivo or in vivo animal studies. These models have limited predictability for neurotoxicity in humans and are not amenable to high-throughput testing. In order to overcome these limitations we are developing a neurotoxicity model based on iPSC-derived neurons in OrganoPlates™ [1,2]. This microfluidic platform enables high-throughput screening of miniaturized organ models. A mixed population of human iPSC-derived neurons consisting of GABAergic and glutamatergic

neurons with supporting astrocytes was cultured in 3D, closely representing the physiology of the human brain. As a part of the validation, proper network formation was observed by neuron-specific immunostainings and neuronal electrophysiology was analyzed by a calcium sensitive dye indicating spontaneous neuronal firing. Additionally, we investigated the doseresponse neurotoxic effects of methylmercury and endosulfan on neuronal viability. The OrganoPlate™ platform enables real time analysis of neurotoxic effects of compounds in highthroughput. This iPSC-derived neuronal model can be used to refine animal experiments and has the potential to better predict adverse effect in humans and hence to improve clinical development success.

Drug toxicity remains a major issue in drug discovery and stresses the need for better predictive models. Here, we describe the development of a perfused renal proximal tubule cell (RPTC) model in Mimetas’ OrganoPlate® [1] to predict kidney toxicity. The OrganoPlate® is a microfluidic platform, which enables high-throughput culture of boundary tissues in miniaturized organ models. In OrganoPlate®, extracellular matrix (ECM) gels can be freely patterned in microchambers through the use of PhaseGuide technology. PhaseGuides (capillary pressure barriers) define channels within microchambers that can be used for ECM deposition or medium perfusion. The microfluidic channel

dimensions not only allow solid tissue and barrier formation, but also perfused tubular epithelial vessel structures can be grown. The goal of developing a perfused RPTC model is to reconstruct viable and leak-tight boundaries for performing cytotoxicity, as well as transport and efficacy studies. Human RPTC (SA7K clone, Sigma) were grown against an ECM in a 3channel OrganoPlate®, yielding access to both the apical and basal side. Confocal imaging revealed that the cells formed a tubular structure. Staining showed tight junction formations (ZO-1), cilia pointing into the lumen (acetylated tubulin) and correct polarization with microvilli on the apical side of the tubule (ezrin). Tightness of the boundary over several days was shown by diffusion of a dextran dye added to the lumen of the tubule. Addition of toxic compounds resulted in disruption of the barrier which could be monitored in time. The time point of loss of integrity corresponds with the concentration and the toxic effect of the compound. Furthermore, fluorescent transport assays showed functional transport activity of in- and efflux

Transporters. The 3D proximal tubules cultured in the OrganoPlate® are suitable for high-throughput toxicity screening, trans-epithelial transport studies, and complex co-culture models to recreate an

Contributions of the Humane Science Foundation to

gather yearly. Its audience consists of about 800 pharmaceutical

From 2009-2015, we have organized and invited each year lecturers from all over the world

in order to inform pharmaceutical researchers about

replacement of animal testing and  the latest developments

in innovative and animal-free technology.

Here we provide an overview of subjects and presenting organizations :

2015      Key Note Lectures “On the Frontiers of Pharmaceutical Research”

* Towards (pre)-clinical trials on a chip and personalized treatment (Institute for human Organ and   Disease Model Technologies, the Netherlands)

* Can 3D-bioprinting aid the development of more predictive in vitro testing models? (University

Personalized Medicine” (with ZonMW and NvF)

* Drug models that do not bark (John Hopkins University)

* The use of human-derived cellular in vitro systems: possibilities and limitations (University of Utrecht)

* Human in vitro models in drug development. A giant leap forward or only the first steps? (Drug    Development and In Vitro Toxicology)

* Outlook (Dutch Society for the Protection of Animals)

* Perspectives on innovation in drug development: towards a novel trajectory (Humane Science    Foundation)

* What you cannot do with animal experiments involving characterisation of ADME, and you can do    with in silico simulations based on human data (Simcyp UK)

* Genomics and integrative-omics - Disease prediction by genomics: does your genome tell it all?    (University of Utrecht NPC)

* Metabolomics - What does it bring to drug development? (LACDR Leiden NMC)

* Staying ahead of your medicinal chemistry project data (Accelrys, UK) 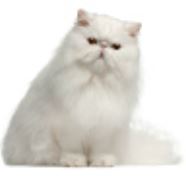